Uncategorized - posted on February 1, 2015 by divineAdmin 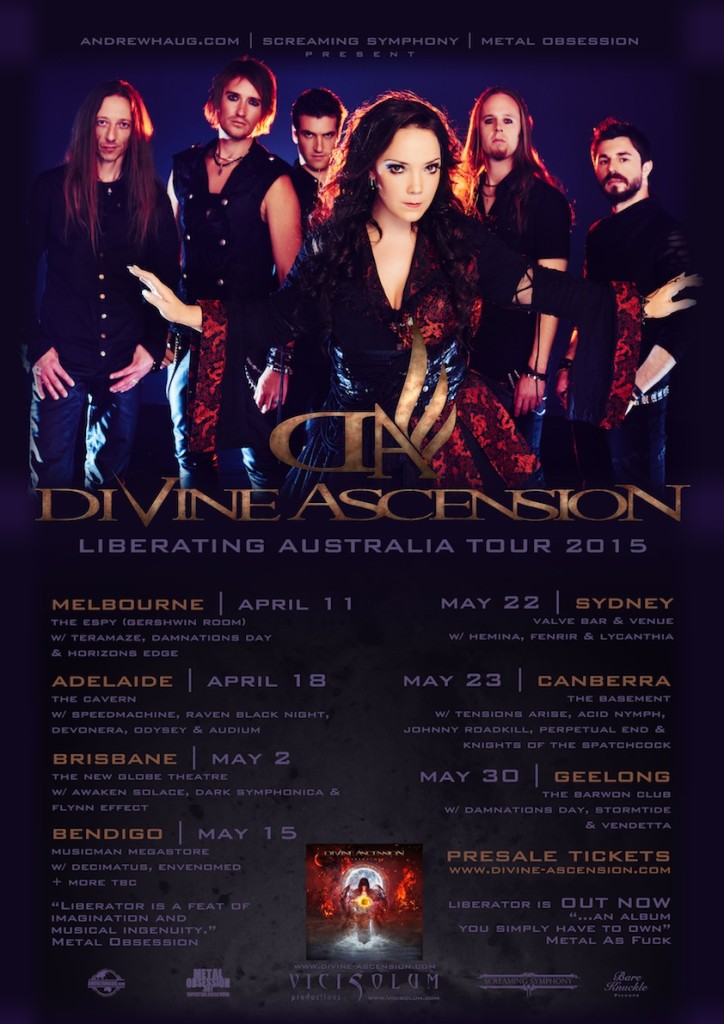 With their second album, Liberator (ViciSolum Productions), receiving worldwide acclaim hailed as “…the Prog/Power release to beat for 2014” by Metal Crypt and “…an album you simply have to own” by Metal As Fuck, Divine Ascension have today announced a national headlining tour throughout Australia. Totaling nine epic shows across the country, the Liberating Australia Tour will kick off on April 11 and feature many of Australia’s premiere metal acts.