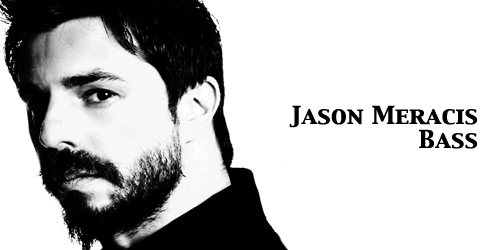 Haha we all have one of these stories don’t we. I think I would have been around six or seven years old. We went to the local video store and hired Transformers the animated movie. I got home, put in the video, pressed play on the VCR and after the opening scene all I can remember is being bombarded with the Transformers theme song like I’d never heard it before!!! Huge drums, soaring vocals and blistering guitar shredding… I never knew music could sound like that!!! Not long after, my family and I visited a relatives house where one of my older cousins had started to learn the drums. He let me have a bash on them and from that moment I was hooked!!! I wanted to be a drummer!!! My mother took me to the local music school and inquired about drum lessons. The drum teacher looked me up and down, mistook me for a younger child and told my mother that I was still a little too young to learn. Not knowing any better, my mother took his advice and I never got drum lessons. That didn’t stop me pestering my parents for a drum kit and at Christmas time that year, Santa brought me a pair of sticks and a practice pad (my letter to him did say a drum kit, but I was happy with what I got). At 11 years old, after fours years of punishing practice pad mayhem, my parents finally gave in and booked me in for guitar lessons. Not really what I wanted, but I loved music and was covering everything I owned in Van Halen stripes so I gave it a shot. I wouldn’t say I was a natural, but I worked very hard and things started to come together a lot easier a lot quicker. I really got into instrumental guitarists and tried to learn as much of that as I could. Next came the awkward high school years, I joined a few bands but never lasted too long in any of them. Apparently Eddie style tapping riffs and Vai whammy tricks didn’t really fit in with the dominating Seattle grunge/alternative music movement that was happening. High school finished and like so many other frustrated guitarists, I bought a bass to try and record some of my own original music. I really started to pay attention to the bass in songs and it opened a whole new world of music to me. I really started to focus on the bass and began listening to more jazz fusion and progressive music where the bass was not only part of the rhythm section but also had moments as a lead instrument. Once word got out that I played the bass, the flood gates opened and I was getting offers from all directions to play in bands. This was the total opposite of the events in high school, so I took on everything that came my way. I played in a lot of bands temporarily and had two long term committed groups, The Love Dogs and Unknown Addiction. Both bands were huge parts of my musical life, with some great highlights and experiences. Sadly great things do come to an end and both bands eventually folded. Looking around for a new project, Karl mentioned to me that Divine Ascension were looking for a bassist and would I be interested in auditioning? Sometimes things just fall into place. I auditioned and… well… I must have done something right 😉

What DA Means To Me

For me, a band is like family, and DA is an awesome family to be in!!! It’s rare to find a band where the chemistry just sits right between so many people. No dominating personalities, no egos, no handbrakes, just a group of 100% committed members, all working towards a common goal and having a blast doing it! It’s a great feeling to be surrounded by a group of people who all support each other, motivate each other and push each others musicianship beyond its limits.